From a broken shopping cart to a world success.

“My father, Silvano, was a tough and handsome man from Italy and he was my hero when I was a child. During the war, my dad was a prisoner in the city of Pula in former Yugoslavia. One day, he fled back in a small rowboat that he had stolen at night from a small fishing village outside of Pula and rowed across the Adriatic ocean back to Rimini in Italy.

For three days he navigated his way with an old toy compass. He painted the boat in black at night and white during the day to avoid the patrolling military boats to discover him at sea. 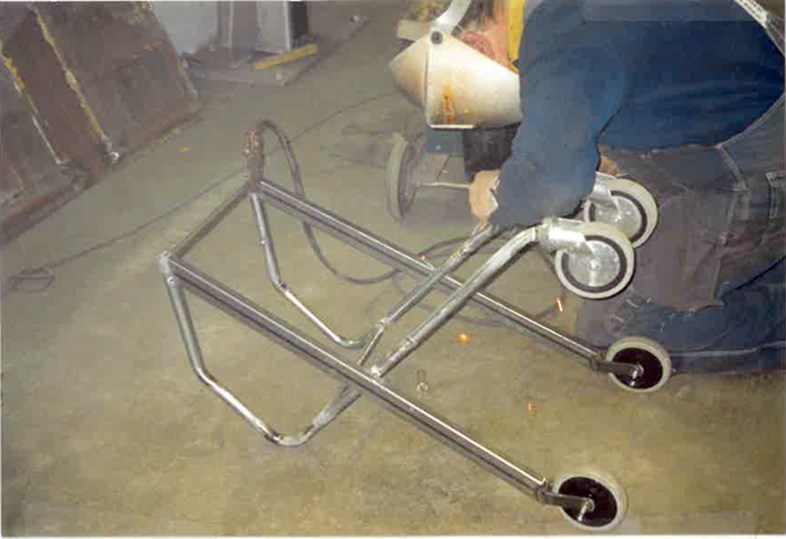 One day I was shopping at the grocery store in Malmö with a shopping cart when I got the idea that perhaps a small cart like this is exactly what my father would need when he walks at the house.

I went back to the grocery store to ask the manager if they had any old shopping cart that I could buy, but he told me I could get it for free.

I then went home with it with a loud wobbling front wheel. I then ran a small workshop where we cut it down, welded and rebuilt it into a small cart on 4 wheels. On the handle I wrapped a brown tennis wrap in imitation leather and it actually looked nice. Suddenly my dad could start walking with the walker indoors himself and he gripped the stroller tightly and felt much safer. There began the great success of lets go, which I named the cart. Thus began the great success of Trust Care, which is now present in more than 35 countries."